If you want to visit the most popular – and most scenic – travel destination in Germany, then you have to go sightseeing in Bavaria. Bavaria isn’t just beer, sausage, and lederhosen. It is the largest and wealthiest state in Germany and has many things to offer. Below is a sample of the many interesting things to do in beautiful Bavaria. I’m also available for custom itineraries as well. Prices start at €675 for up to 6 people. 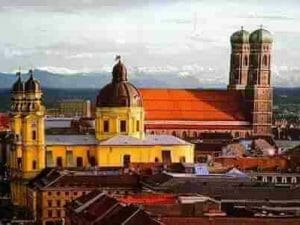 Munich is the capital and the largest city of the German state of Bavaria and is approx. 1.5 hours drive from Nuremberg. Munich is the third-largest city in Germany, behind Berlin and Hamburg, and offers many things to do and see. For example, Schloss Nymphenburg, BMW factory and museum, several very nice art museums, and lots of shopping. Please contact me for a quote and availability. 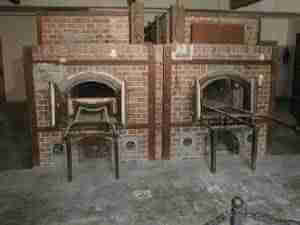 Dachau was the first of the Nazi concentration camp that opened in Germany. It is located on the grounds of an abandoned munitions factory near the medieval town of Dachau and is approx. 1.5 hours drive from Nuremberg. This camp served as a model for all later concentration camps and as a “school of violence” for SS men under whose command it stood.  Please contact me for a quote and availability. 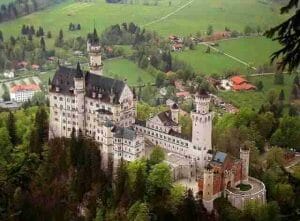 Neuschwanstein Castle is a 19th-century palace a-bove the village of Hohenschwangau near Füssen in southwest Bavaria and is approx. 3 hours drive from Nuremberg. The palace was commissioned by Ludwig II of Bavaria as a retreat and as an homage to Richard Wagner. The palace was the inspiration for Sleeping Beauty’s Castle at Disneyland.  Please contact me for a quote and availability. 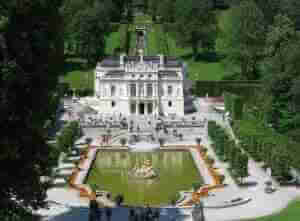 Linderhof Palace is in southwest Bavaria near Ettal Abbey and is approx. 4 hour's drive from Nuremberg. It is the smallest of the three palaces built by King Ludwig II of Bavaria and the only one which he lived to see completed. Linderhof is much smaller than Versailles, but it is obvious that the palace of the French Sun-King, Louis XIV, was its inspiration.  Please contact me for a quote and availability.

Bavaria is a federal state in the southeast of Germany. With an area of 70,550.19 square kilometers (27,239.58 sq mi), Bavaria is the largest German state by land area, comprising roughly a fifth of the total land area of Germany. With over 13 million inhabitants, it is second in population only to North Rhine-Westphalia, but due to its large size, its population density is below the German average. Bavaria's main cities are Munich (its capital and the largest city and also the third-largest city in Germany), Nuremberg, and Augsburg.

The history of Bavaria includes its earliest settlement by Iron Age Celtic tribes, followed by the conquests of the Roman Empire in the 1st century BC when the territory was incorporated into the provinces of Raetia and Noricum. It became the Duchy of Bavaria (a stem duchy) in the 6th century AD following the collapse of the Western Roman Empire. It was later incorporated into the Holy Roman Empire, became an independent kingdom after 1806, joined the Prussian-led German Empire in 1871 while retaining its title of kingdom, and finally became a state of the Federal Republic of Germany in 1949.

Bavaria has a unique culture, largely because of the state's large Catholic plurality and conservative traditions. Bavarians have traditionally been proud of their culture, which includes a language, cuisine, architecture, festivals such as Oktoberfest, and elements of Alpine symbolism. The state also has the second-largest economy among the German states by GDP figures, giving it a status as a rather wealthy German region.

Contemporary Bavaria also includes parts of the historical regions of Franconia and Swabia.

Bavarians have often emphasized a separate national identity and considered themselves as "Bavarians" first, "Germans" second.

In the 19th-century sense, an independent Bavarian State only existed from 1806-71. This feeling started to come about more strongly among Bavarians when the Kingdom of Bavaria was forced by Bismarck to join the Protestant Prussian-dominated German Empire in 1871, while the Bavarian nationalists wanted to keep Bavaria as Catholic and an independent state. Aside from the minority Bavaria Party, most Bavarians now accept Bavaria as part of Germany.

Another consideration is that Bavarians foster different cultural identities: Franconia in the north, speaking East Franconian German; Bavarian Swabia in the southwest, speaking Swabian German; and Altbayern (so-called "Old Bavaria", the regions forming the "historic", pentagon-shaped Bavaria before the acquisitions through the Vienna Congress, at present the districts of the Upper Palatinate, Lower and Upper Bavaria) speaking Austro-Bavarian.

In Munich, the Old Bavarian dialect was widely spread, but nowadays High German is predominantly spoken there. Moreover, by the expulsion of German speakers from Eastern Europe, Bavaria has received a large population that was not traditionally Bavarian. In particular, the Sudeten Germans, expelled from neighboring Czechoslovakia, have been deemed to have become the "fourth tribe" of Bavarians.